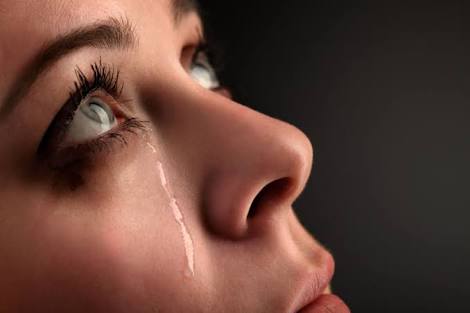 I woke up, as the last bite of the mosquito broke the chain of my zizz.
It was pretty hard to fall back to the sweet wave of ecstasy i derived earlier from my slumber. As i stared upwards in my room it felt i was encompass by the strength of darkness all around me,  quickly flashes of phantasmagoria passed my head about how i imagined the world to be and how it’s not.
I laid on my bed restless so i decided to sit up.
I remember each time i pass by the beggar at the gate of my school and how she screams at me ‘ Uncle! please help me’
I remember then how little i have done and how little i had impacted my generation.

Thoughts of how ‘myself’ has come first before anything, what i want to be,  what i have to become after a formal education in a professional program, then my mind asked what about the people in the bottom chain of the society do they have dreams, aspirations, and deserve all the good things of life too?
I was quick to dismiss and i said to myself God will provide for them even i had not gotten my dreams in my hand.

How easy it was for me to conclude, i had not gotten the ‘Boxed life’ young people in my age group wished for, so there’s nothing i can possibly add to help anyone.
Those in need would just have to look up or somewhere else to get a miracle about their predicaments.

It wasn’t long i felt a numbness like a load of a hundred tons had been resting on my head, quickly  a fast motion air hit my face, my mind began to sing a song out loud about how He turns the bitter into sweet, the song played louder then my heart began to beat in synchrony with the melody, i tried to stop it but i couldn’t, so i let it control me.

So i don’t go into all the details,  its true i alone can only impact a small niche of my environment but together,
you, me and the rest of the world there’s so much we can do for those in need, those who need this help,  those who can’t afford a dime. Am not talking about the people who pretend to use begging to get excess to their plenty, am talking about those who struggle to even feed themselves, am not talking about people who are practically lazy about life.
we don’t all have the same opportunities so lets leave those routine Sundays or make them worthwhile, those routine weekend of fun,  and reserve a time we pull ourselves together and reach out to as many people we can empower on the street and wherever with our little resources which would be humongous if we all put it together.
Think about it, how much can a single person can give to someone in need that we last for a long time if they’re not empowered, that’s why they will always be there when you pass the street everyday after giving them money the previous day.

Funny, people we call circular and often discredit have this passion for African and have been doing a lot to help out since anyone can remember in terms of power, food, etc.
Jay Z, while he visited children living without clean water in Angola and South Africa during his worldwide tour  in 2006

The documentary mixes their stories with statistics that 1.1 billion people have no access to clean drinking water, and more than 4,000 children die every day from diseases related to the problem.

Akon- i was a little over-saturated,” says the singer, reclining on a couch in the London hotel in New York on a recent spring morning. “Everywhere you went, you heard me. Radio, TV, you name it. It got to the point where I just wanted to experiment more, and do what I always wanted to do: really do a lot more international stuff.”

As Akon toured abroad, he found that one of the biggest obstacles toward earning money was the lack of electricity—many of the countries where he wanted to tour simply didn’t have the infrastructure to support the sort of big concerts and festivals he was used to playing in the states, particularly after dark. So he teamed up with fellow Senegalese-American Thione Niang and Malian entrepreneur Samba Bathily to create Akon Lighting Africa.

The initiative now touts staggering progress in the movement to illuminate a country where millions remain without power: 100,000 solar street lamps installed across 480 communities in 15 countries, along with 1,200 solar micro-grids and 5,500 indirect jobs created. It’s been a novel approach compared to previous efforts in Africa, most of which focused on setting up 20th Century electric infrastructure.
I could go on and on with what these other people are doing to help Africa out of it’s problems
Bill Clinton, Bill Gates, and so on.

Let’s take a break from the activities, the rush about achieving so many things and love others not just in words, not just loving those who can help us back,  not loving those we see in our homes or classrooms, not just trying to having the best life for ourselves, but to empower people with our ideas, resources, and compassion.

A wise man once told me, ‘ a life lived for others is a life worth living’